The potential introduction of .AU domain names has a lot of people up in arms and wondering what to do. Domain registry body auDA have been discussing this for years and it looks like the movement is gathering steam. But is it a good idea?

Australia have been happily using .com.au for our websites – auDA, also known as ‘.au Administration Ltd’ is a self-regulatory body for these domain registrations and was set up and endorsed by the Government in 2000. At the end of last year the Department of Communications and the Arts launched an official investigation into the process of purchasing and ongoing management of domain registrations in Australia.

Wikpedia report that as of September 2017 ‘there were around 3,115,365 active .au domains’. and according to the investigation, “total domains under management will peak and start to decline”. For some reason this means that .au domain names could be a good idea, notwithstanding the total nightmare it will be fore companies who already have a .com.au and don’t want anyone to try and piggyback off their success via registering the .au equivalent.

auDA said the idea for “.au” domains stemmed from the 2015 “Names Policy Panel” report, which saw multiple rounds of stakeholder feedback collected on issues, including on the idea of a direct .AU domain names registration.

“In addition to the public consultations by the panel, auDA’s board also commissioned independent market research, which showed that 60% of respondents were likely or highly likely to register “yourname.au” if it was available,” am auDA spokesperson said. But of course they would! You’d have to, to protect your digital identity. That doesn’t mean that adding superfluous layers of domain management is a good idea.

What about the SEO ramifications?

auDA say it is “not an SEO agency and cannot advise on potential SEO issues”, but it’s pretty easy to see that this change will have ramifications for those already on the web.

The simplest way to move from .com.au to .au will be via a 301 redirect (also known as a ‘permanent redirection – telling Google that yoursite.com.au is now found at yoursite.au). As Google’s John Mueller said on Twitter last year,

This circumstances (moving a full site across to a new domain) would definitely adhere to the ‘1:1 replacement URL’ stipulation – and it’s likely that the SEO ramifications will be fairly minimal. In terms of being able to register the .au domain in time, especially if you have a great .com.au that others covet, you could have a fight on your hands.

How will auDA manage this situation? Obviously, for something like ‘mvladigital.com.au’, we won’t have much trouble and wouldn’t have much trouble getting back control of mvladigital.au. But what if your URL is cheapfurniture.com.au or something like that? At what point is having an ACN registered enough? Do you need a trademark? What will the process be like where two companies have fairly valid claims for a URL? Why are auDA bothering to do this at all?

Why Do We Need .AU Domain Names?

Short answer – we don’t. Josh Rowe, who used to work with auDA, told SmartCompany he sees no need for it:

“I’m quite open minded about being able to be convinced there is a need, but the issue is, no case has been put forward,” says Rowe, who worked for auDA until 2015, the year they released a “Names Policy Panel” report, which was an amalgam of ‘stakeholder feedback’ collected on various domain registration issues, which included the concept of a direct “.au” registration replacing the current “.com.au” system.

“There’s been no clear case made for the expansion of the domain space, and to my understanding, it’s not like ‘.com.au’ names are running out.”

If you’re interested in the current domain names you can register in Australia, please look below:

The domain registry body is currently gathering feedback about how these direct registrations for .au domains would actually work. They haven’t released any timelines or specifics with regards to the introduction of this system and the blowback has been intense, with the issue being raised in Federal Parliament and on national TV. It’ll be interesting to see where they go from here. Personally I think it’s very difficult to argue for the necessity of .au websites and it’ll cause nothing but headaches for everyone, but time will tell what auDA think…

What are your thoughts? How do you think this will affect your online marketing strategy? Let us know in the comments below.

Google Search Console in 2018 – what new information can I get from this program? GSC, previously known as Google Webmaster Tools and renamed as part of Google’s plan to confuse everybody, has seen a large update in 2018 and has a vast number of new features. Let’s take a look at some of the tools available in Google Search Console Beta (as it’s currently technically called).

The updated Google Search Console has been on some of our MVLA Digital sites for the last six months or so, but it’s now available to pretty much everybody. If you see the old site, which looks like this:

Try and log out and log back into your search console. You should see a little link above the dashboard, which says ‘Try the new Search Console’:

After clicking the link you’ll be presented with Google Search Console 2.0, or whatever name they will ascribe to it after it exits beta. It looks like this:

The new Search Console has some great enhancements over the previous version, which was slow, frustrating, and only had access to a small amount of data from a small timeframe. Debugging any SEO issues on your site was a clunky and frustrating process. We’re happy to report that a lot of this has been fixed in the new version. Google Search Console in 2018 is a new beast, with its own problems, but it’s a massive improvement on what we had to use before.

The first page has been updated to show three main sections – performance, index coverage, and ‘enhancements’ – which is an amalgam of SEO factors – such as Accelerated Mobile Pages (AMP), Structured Data, and more. 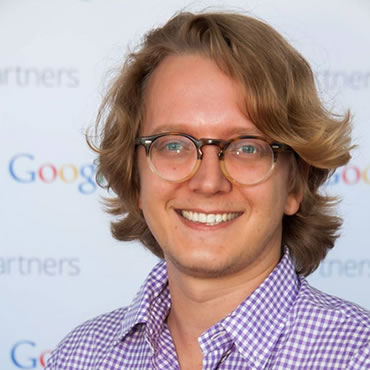 MVLA Digital is a Brisbane Online Marketing Agency. We help your business succeed online with Web Design, SEO, Google Adwords, Facebook Ads, & More!If you have any questions please feel free to comment below, contact us, call us on 07 3891 1575, or learn more about our Brisbane-based online marketing service (we’d be happy to help if you need a hand with Google Search Console beta).

Google mobile first strategy 2018 – since late 2016, Google have been talking about a transition in their algorithms to move towards a ‘mobile-first index’.  With well over half of website traffic coming from mobile devices, this has started to roll out and is something you need to be on top of if SEO plays any role in your online marketing efforts (which it should!).

Google’s first mention of mobile-first indexing was on November 4, 2016, when Doantam Phan wrote on the Google Webmaster Central Blog about the eventual shift in their indexing. Obviously something of this magnitude is something to be rolled out slowly and carefully and Google have done just that.

According to the document, their eventual goal is for the Google algorithms to “eventually primarily use the mobile version of a site’s content to rank pages from that site, to understand structured data, and to show snippets from those pages in our results.”

So what does that mean for you as a website owner looking to grow your traffic and not get pinged for having your mobile site set up incorrectly? Read on below where we have some tips to benefit from Google’s mobile first strategy in 2018:

Three Ways to Benefit From Google Mobile First in 2018

These are a few examples of the importance Google mobile first strategy will have in 2018 . If you haven’t sat down and had a good look at every page on your site on your phone, undertaken a content audit, and explored the structured data options available to you, we recommend you get started as soon as possible, as you’re already behind. Google mobile first strategy 2018 will be more than just a ‘nice to have’ – it’ll be leaving many websites behind in the dust.

If you have any questions please feel free to comment below, contact us, call us on 07 3891 1575, or learn more about our Brisbane-based online marketing service (we’d be happy to help if you need a hand with Google’s mobile first strategy).

Get in touch today!

For more information about our programs or to have a chat with someone about your digital marketing presence, please fill out the form below and we’ll get in contact with you.